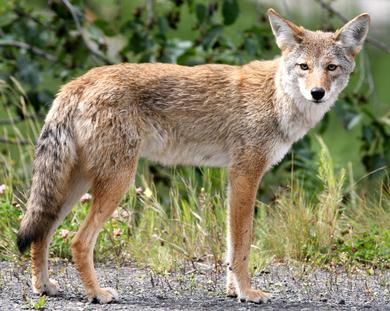 It has been brought to the attention of SHORA that there have been numerous coyote sightings within the neighbourhood.

Linda Dent (Public Education Officer with Mississauga Animal Services) has informed Director of Environment, Angela Pye, that it is currently hunting season for the coyotes.

Everyone needs to be extra vigilant with their pets and Animal Services recommends:

Maintaining control of your dog

Checking for wildlife before letting them outside

For more information on Coyotes and what to do if you have an encounter, head to the City of Mississauga's Animal Service page and check out the City Wildlife document on Coyote Sightings.